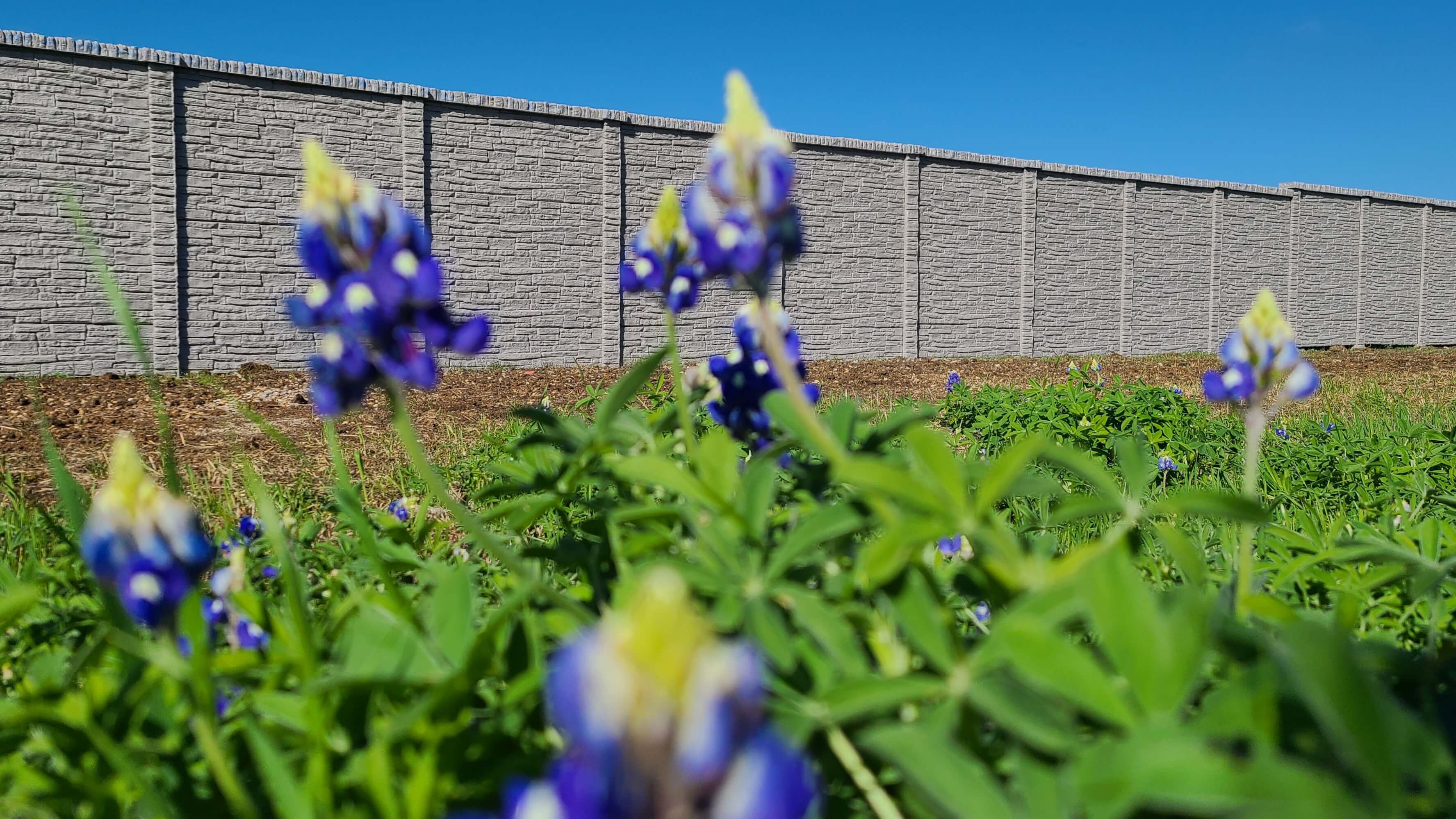 As the state capital of Texas, Austin comes in as the 4th most populous Texas city. Known for keeping it weird, Austin is also considered the Live Music Capital of the world! Austin’s population boomed during the Great Depression, nearly doubling UT’s enrollment at that time. Today, Austin has an estimated population of approximately 950,715 and Forbes named Austin the fastest-growing large city in the United States. Austin was also named by US News & World Report to be the best place to live in the U.S. With its continued growth, Hilltop Concrete is ready to meet the demand for concrete fencing in Austin, TX! 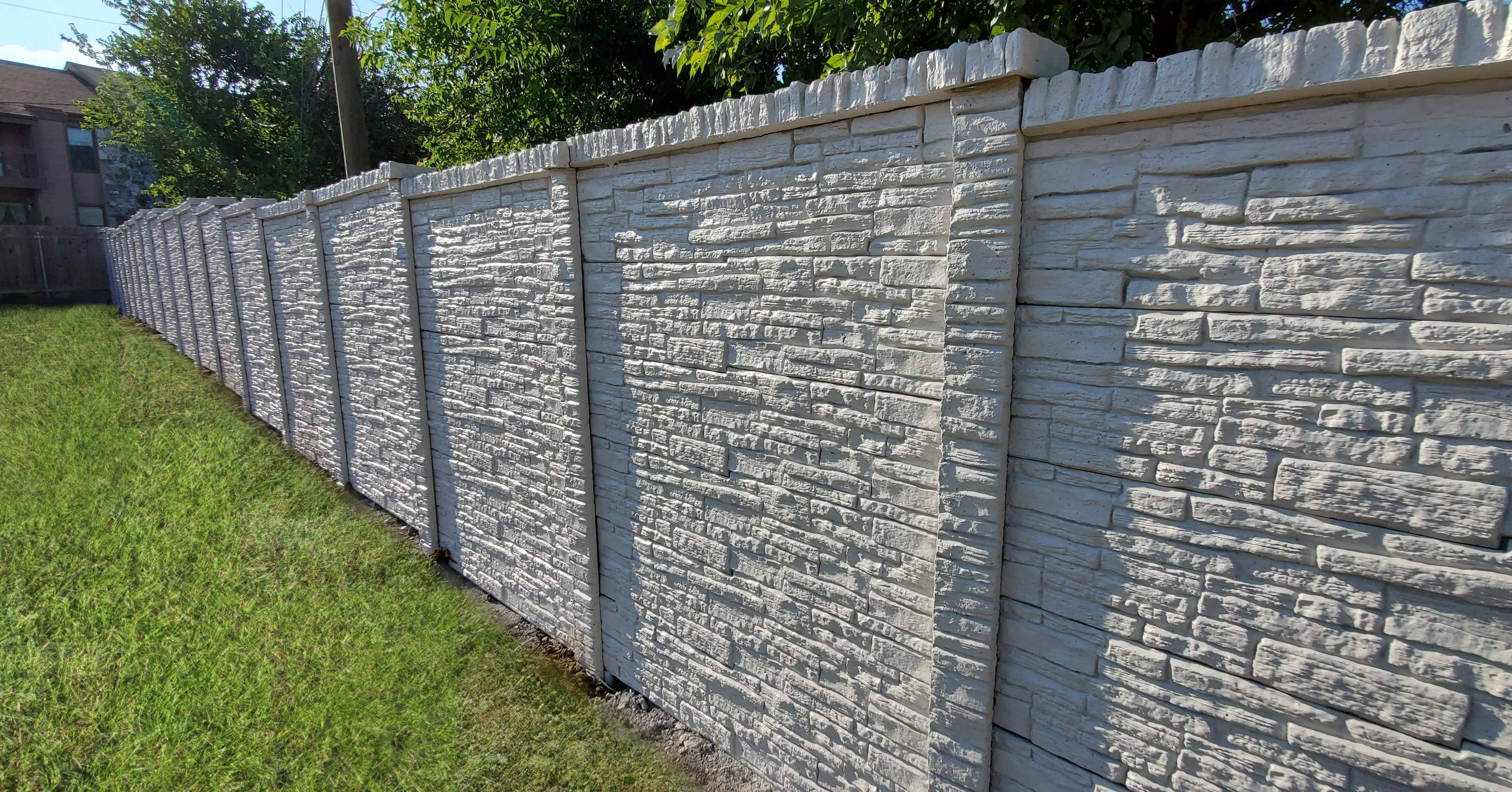 Hilltop Concrete loves a challenge. We were asked to install this fence in just over a week so that Kibo Contractors could request the certificate of occupancy from the City of Round Rock. We always strive to go above and beyond for our customers! 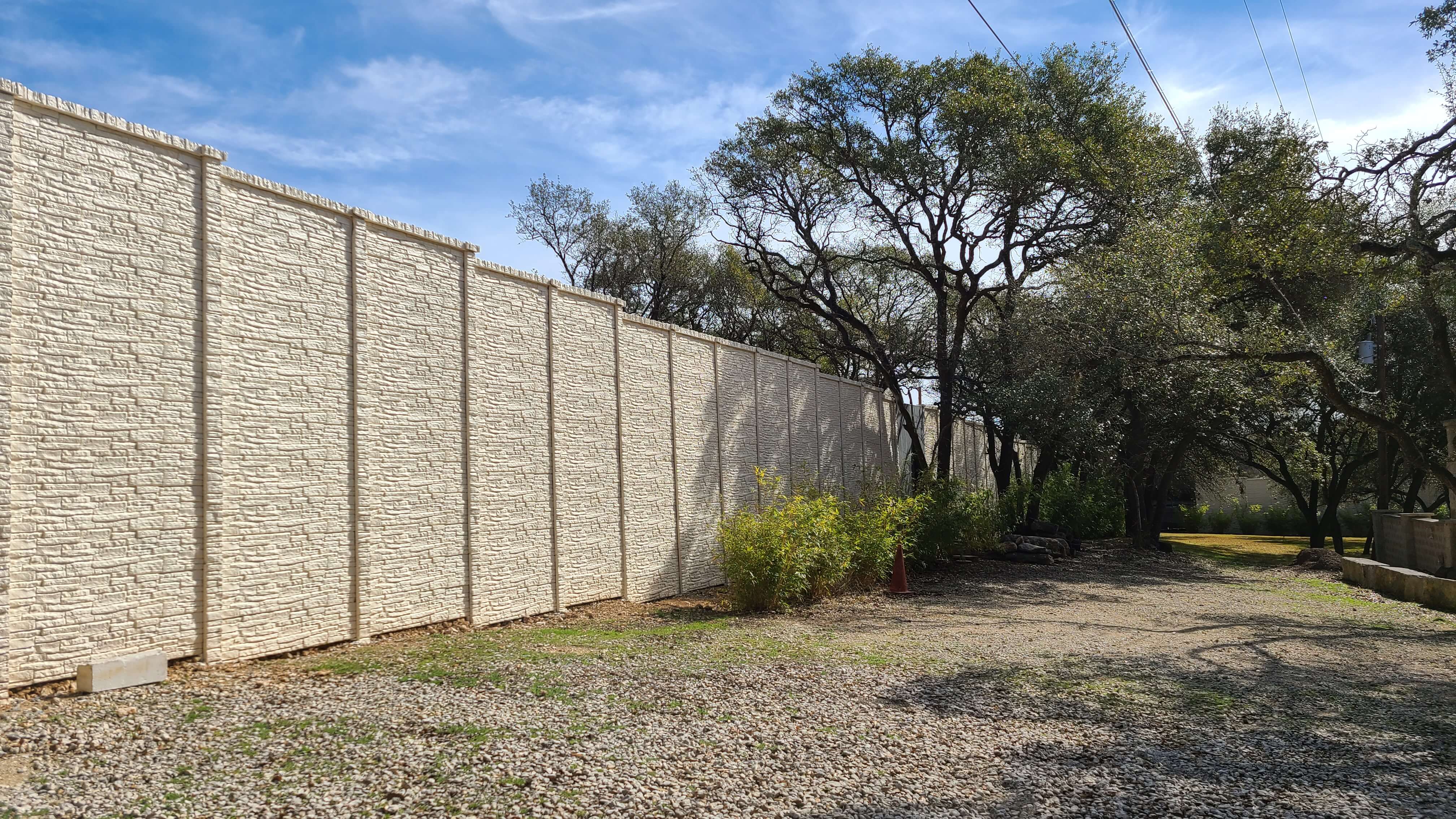 When you need more than just a fence, call Hilltop Concrete. This project created an aesthetically pleasing sound barrier between the wedding venue and the new development. The naturally rocky soil Round Rock is known for also didn't help. 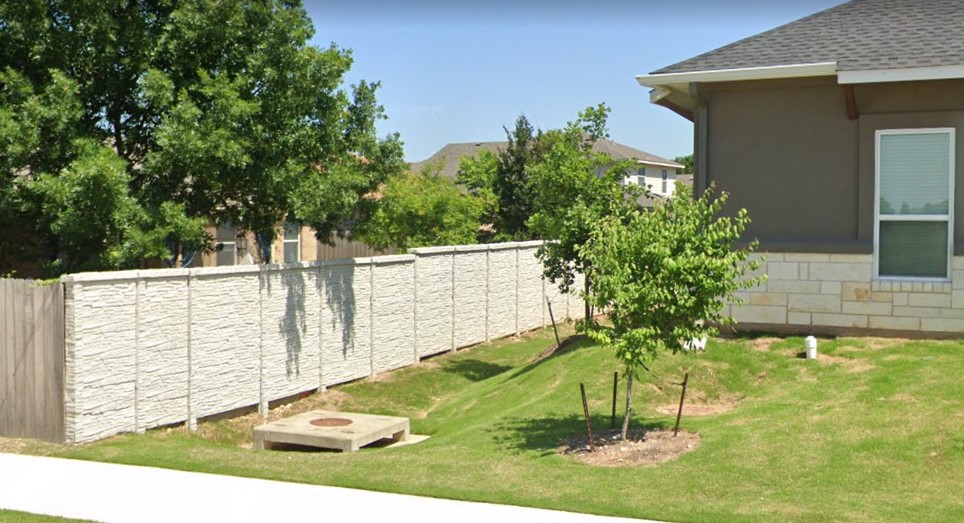 When you need full-turnkey service call Hilltop Concrete. We handle it all from providing material to an experienced in-house installation crew. We were able to meet the very tight 3-week installation window required by our client in order to gain their certificate of occupancy.

What Is Austin Saying About Us?

Hilltop Concrete and their team completed our urgent project in a timely manner with professionalism. Communication was great and the crew did a wonderful job. We would highly recommend Hilltop Concrete!

Hilltop recently finished a concrete fence enclosure for us at a pump station in New Braunfels. Even though the project had its challenges, Hilltop agreed to take on the project, and we could not have been more impressed. Every step of the way, they were helping in any way they could. I would definitely recommend them to anyone!

We a General Contractor, and Hilltop built our organization a 615ft long, 6ft tall precast concrete fence. Completed the fence in significantly less time than expected. The crew was professional and cleaned up the site. Quality-looking fence. Chris and Jenifer were both highly professional and very responsive. We will work with them again in the future.

GET TO KNOW OUR CONCRETE FENCES

Hilltop Concrete is pleased to provide our customers with a variety of precast fence textures to give any project a unique look and feel. Each one of our concrete fence components offers our clients the rich and warm aesthetics of natural earth tone elements. The precise manufacturing of our precast components enables our customers to have the best of both worlds; structure and aesthetics. 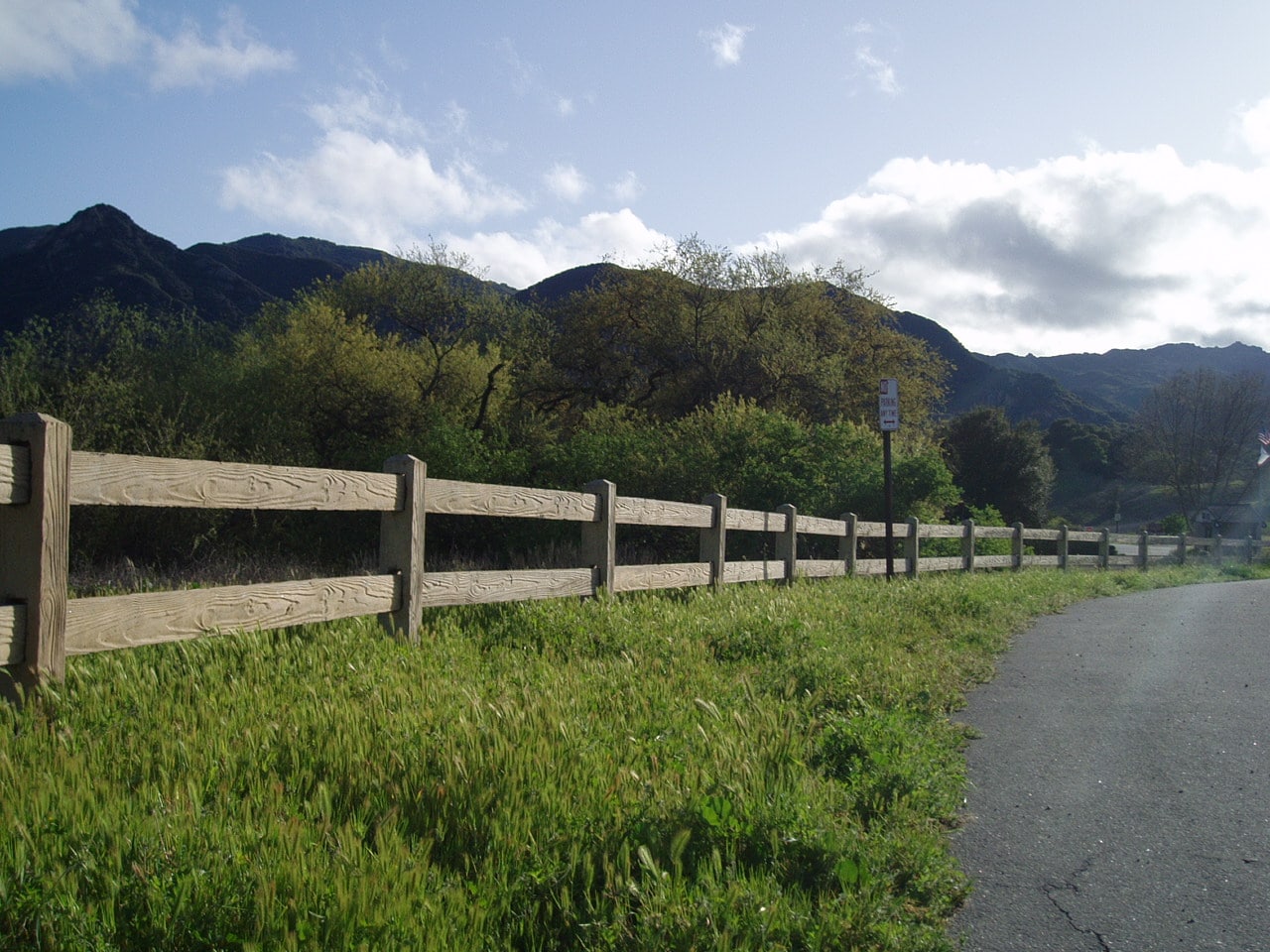 Our RanchRail system offers our customers the appearance of a true wood-grain rail that is not susceptible to the challenges that traditional wood rail fences face. This system is an excellent option for precast concrete fencing in Houston and for any property owner wanting to add an undisputed level of prestige to their property.

Our ChiselStone system is a unique pattern providing the appearance of chiseled slate masonry at a fraction of the cost. Crafted for durability and appearance, this system is ideal for any type of fencing or screening wall project around the Houston area. Our Chiselstone precast fence system can be used on a wide array of fencing projects.

Our SmoothCast concrete fence system offers our clients a clean, smooth, and modern appearance that complements many of today's minimalist aesthetics. SmoothCast is perfect option to block walls and has been used on a wide array of project applications. With clean and rich lines, SmoothCast can be the exact architectural detail that your site needs. 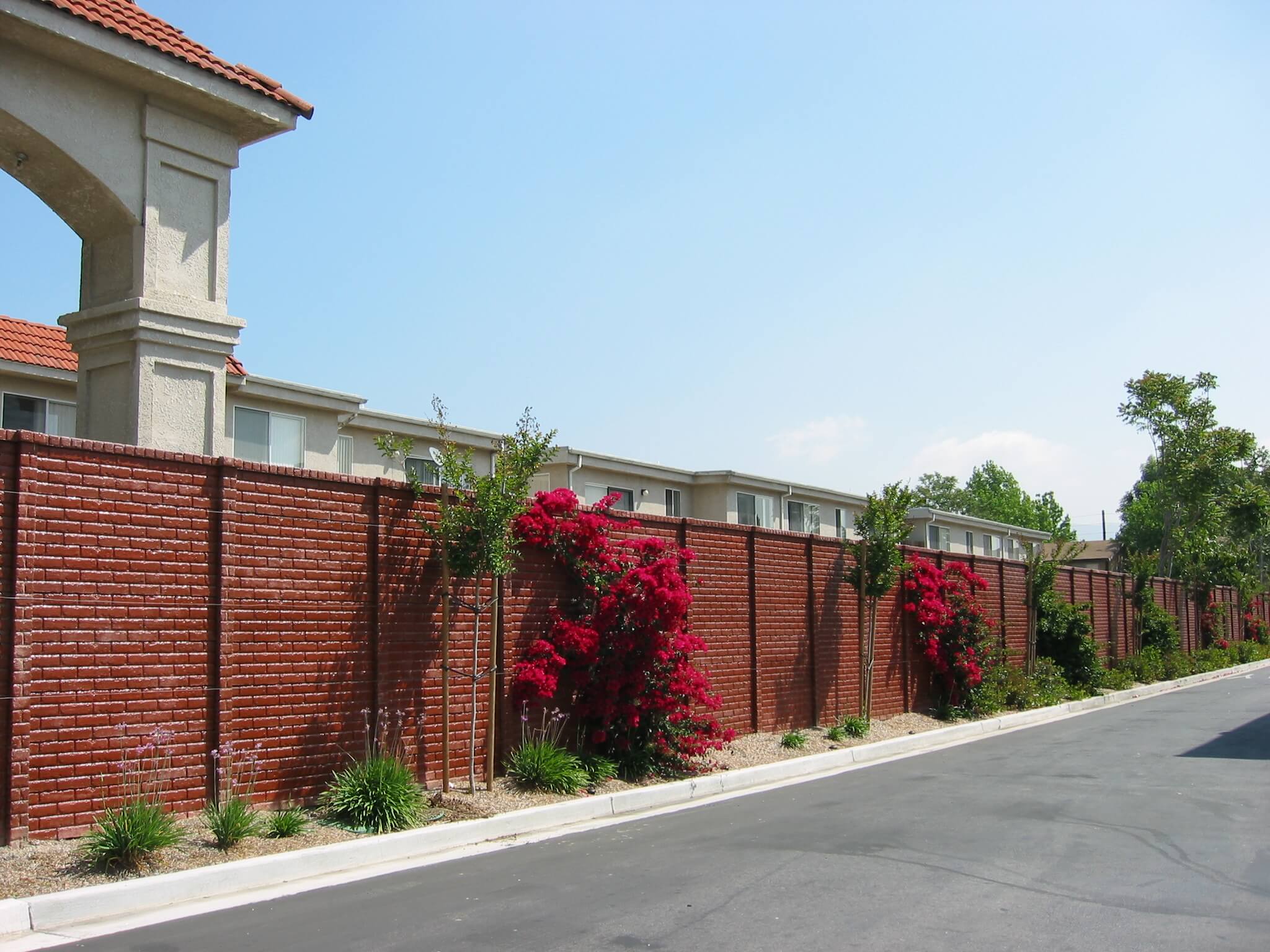 Our OldBrick concrete fence offers the beauty of American brick while providing the undisputed characteristics of precast concrete. This system is a popular choice because of its ability to integrate with many of Houston's existing brick structures. 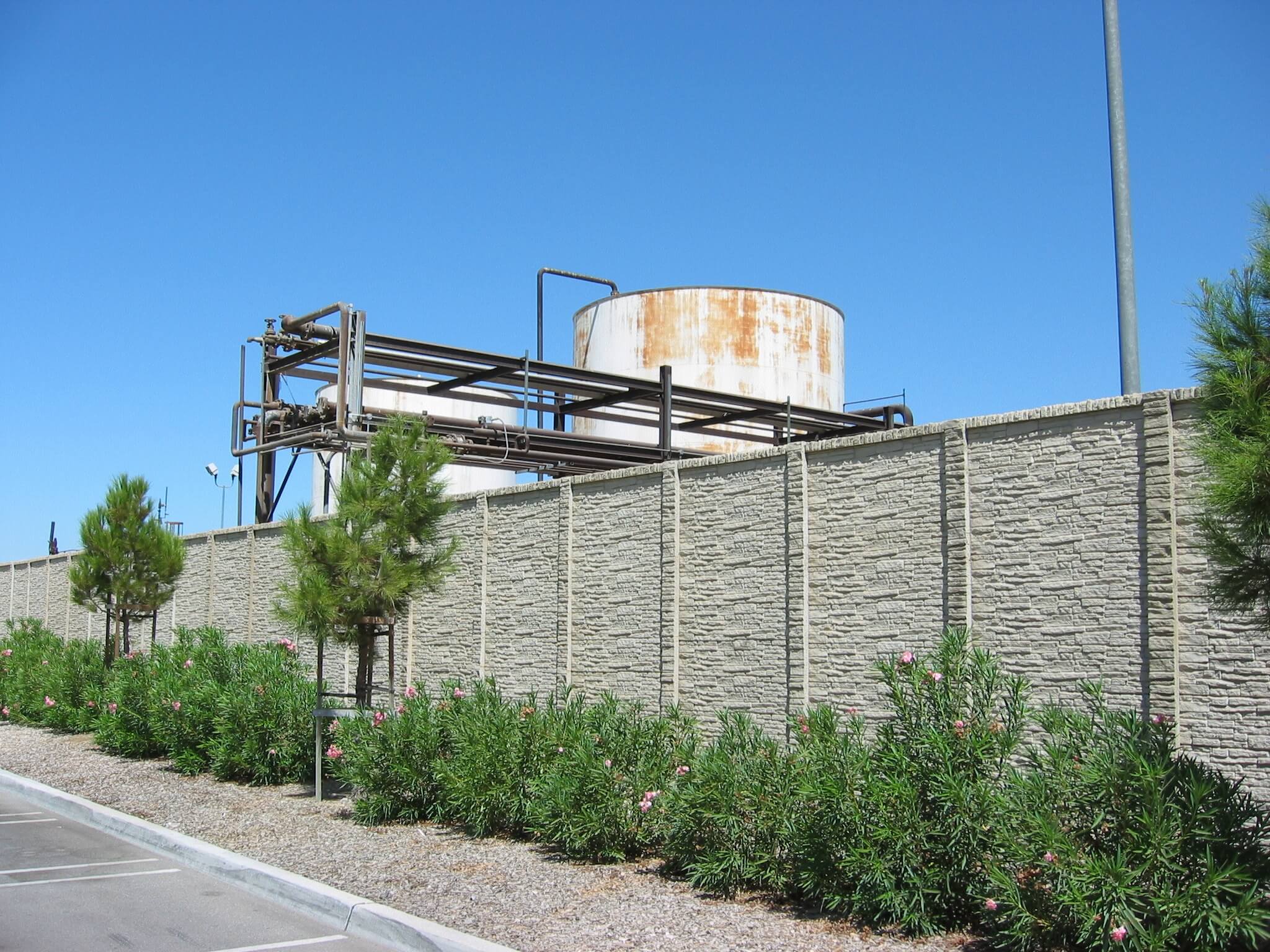 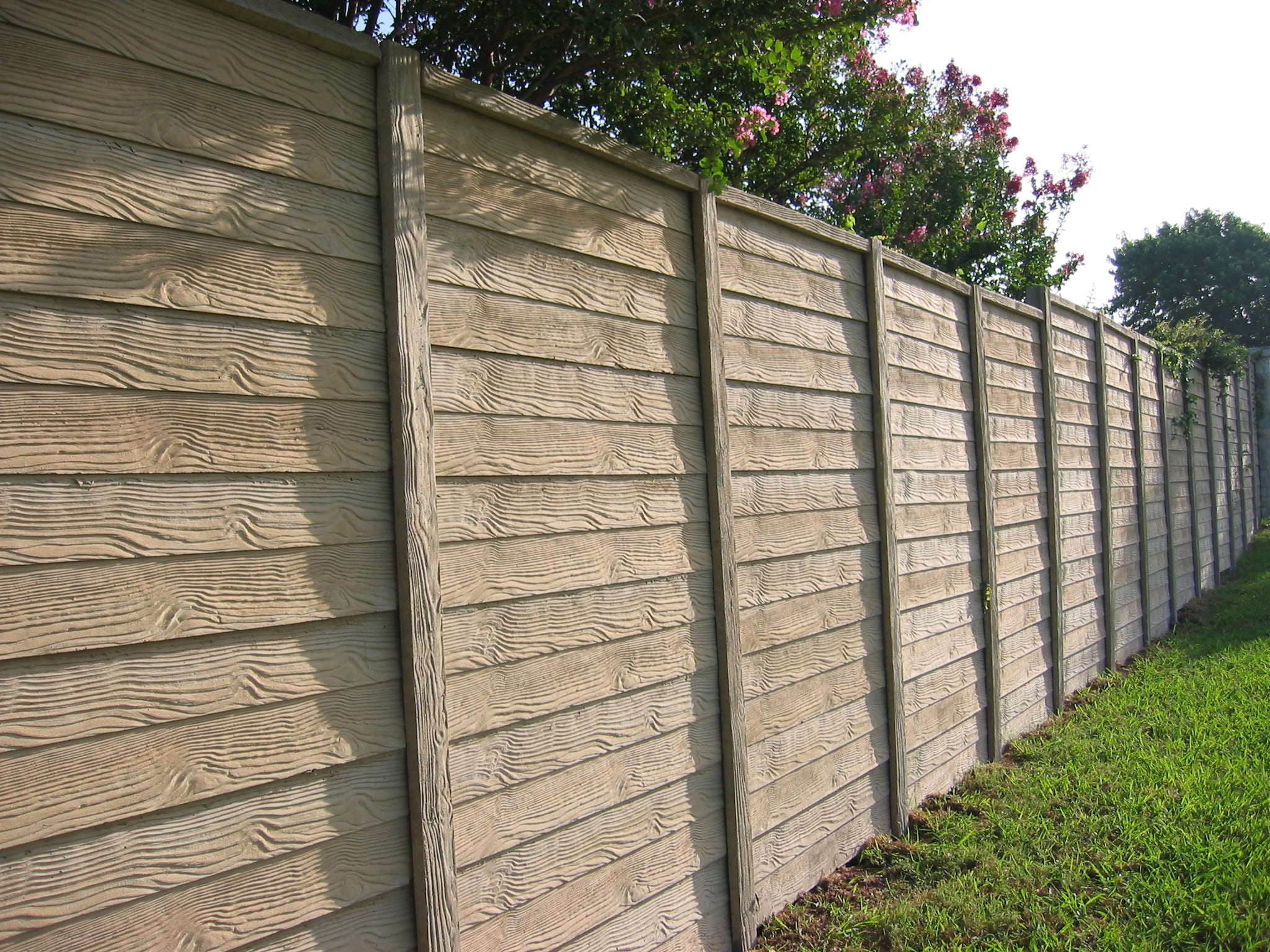 Our WoodCast precast concrete fence offers the timeless appearance of a shiplap wooden appearance with the strength and benefits that precast concrete provides. With its rich crafted wood design and beautiful detail, this system is sure to provide a fresh and elegant design element to any Houston property.

Right From the Blog

Serving Texas and the Surrounding States

We are often asked if we have worked in one location or another because experience matters. With over 20 years of...

Working with Hilltop Concrete is the Right Choice

It goes without saying, Hilltop Concrete knows concrete. From the concrete we use to make our precast pieces to the...

Love what you see?

Be the first to know when we add new videos, blog posts and more. 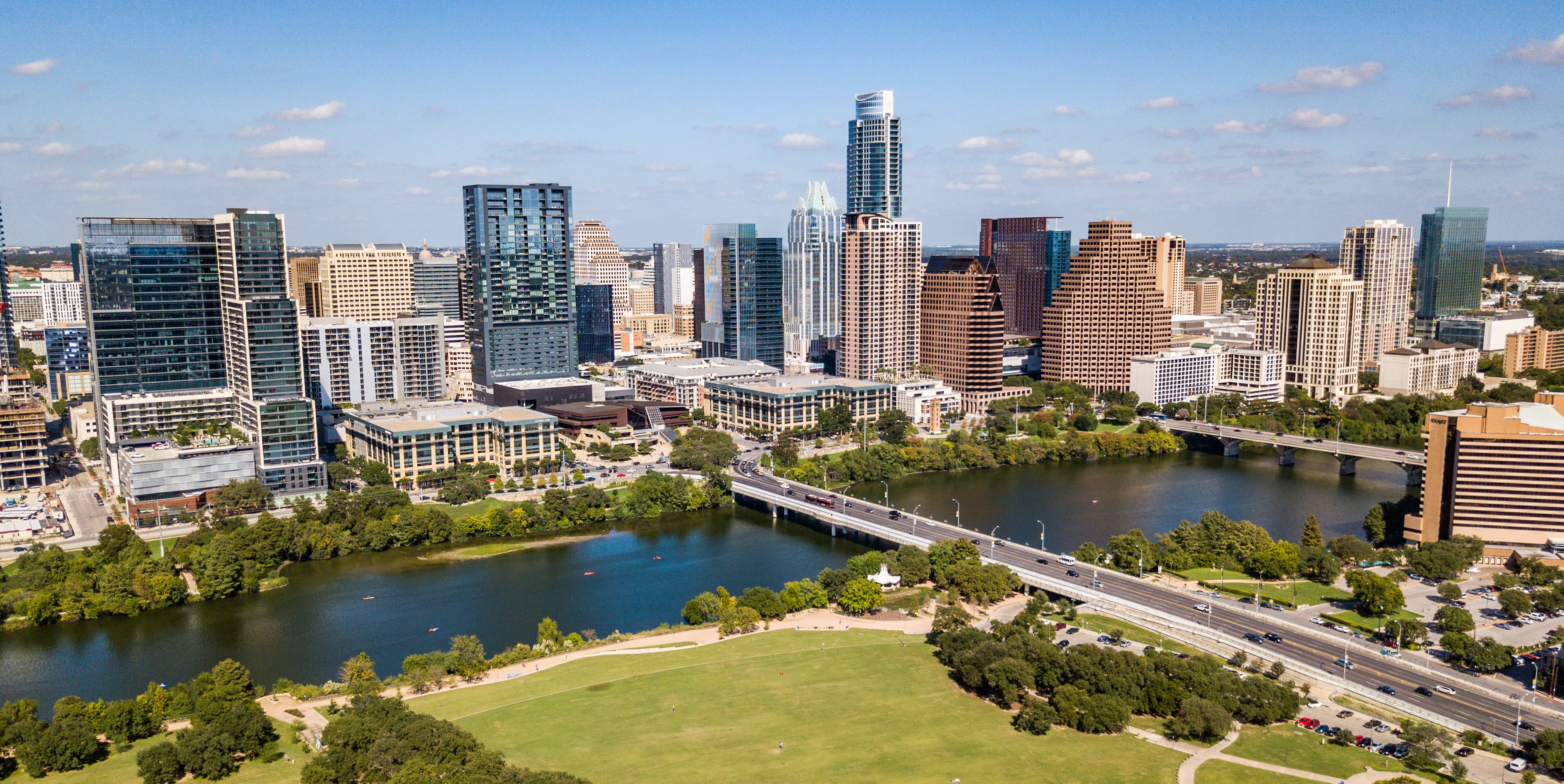